The first-ever academy sponsored by the Key West Fire Department

The first-ever academy sponsored by the Key West Fire Department

Twenty-one cadets  graduated the Firefighter II Academy, the first-ever academy sponsored by the Key West Fire Department. The ceremony was held at the Central Fire Station on North Roosevelt Blvd.

“This day has been long in coming,” Fire Chief David Fraga told the cadets and the large gathering of family, dignitaries and well-wishers. “From the first Richard and Nina Jo Wardlow Memorial Firefighter Scholarship to the present, it has been a combination of focus, determination and personal resolution.
“This ceremony acknowledges the efforts of 21 students who made the sacrifice and who were committed to stay the course on their journey to become firefighters,” he said.

The Department sponsored the training in order to provide the necessary training for emergency medical technicians from CARE Ambulance to apply for positions as the City transitions from an outside provider to a complete in-house fire, rescue and ambulance service. With this certification, they will be able to take the state certification tests and apply for a position with the Key West Fire Department. 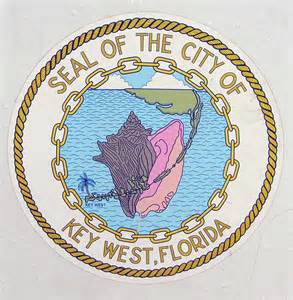 “Looking back, we can say that 2014 has been a very good year,” said Chief Fraga.” “Not only for these students, but for the Key West Fire Department as well. We have commissioned and placed a new fireboat into service; we are in the process of moving into a new, state of the art fire station; we are well into the transition to take over the city 911 EMS ambulance service on April 1st; and we stand ready to hire 15 new firefighters by the first week in March.”

He acknowledged that the effort to complete this training is not just the effort of the cadets, but the members of the Department who served as instructors, and to the community and its support. “This process was truly a group effort and an example of teamwork at its best,” he said.
The first District VI community meeting of the year is set for 6 p.m. Thursday, January 8th at the Martin Luther King Community Center at 300 Catherine Street. This month’s discussions will include an update from the Bahama Village Task Force and a discussion of what the community envisions for the coming year.
These monthly community meetings are part of the Key West Police Department’s community policing initiative. They provide an open forum to talk frankly with elected officials and local police officers about the neighborhood residents’ needs and expectations.
WWW.KEYWESTCITY.COM 305-609-1058 acrean@cityofkeywest-fl.gov
vassi442017-05-03T18:46:40+00:00